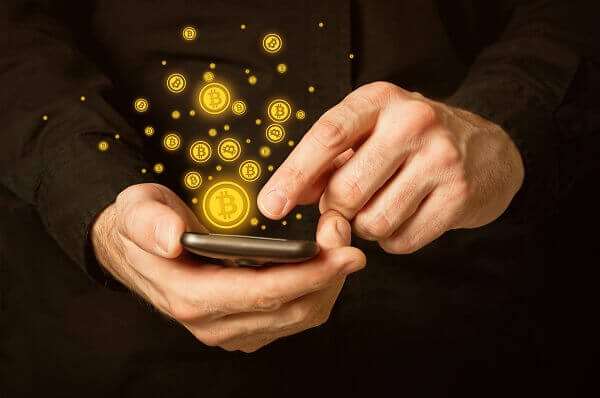 With Bitcoin’s price falling to its lowest point in over a year, the crypto community is debating about what’s next. Will Bitcoin continue to drop in value? Or is it at the bottom right now? Of course, nobody knows with any level of certainty.

Shrewd investors see low prices as buying opportunities. So regardless of whether or not Bitcoin’s price still has room to fall, its current price represents an attractive buying opportunity for many. If you, too, are thinking about buying Bitcoin at its recently dipped price, however, there are 5 things you should consider first. Let’s get into them.

1. Bitcoin is a highly volatile investment.

Every potential investment opportunity can be gauged in terms of its volatility. When we talk about volatility, we’re referring to how much the relative value of an investment is likely to rise or fall over a given period of time. The higher the volatility of a particular investment, the more wildly its price may rise or fall.

Some investments, namely treasury bonds and certain index funds, are classified with very low volatility. Other investments, like cryptocurrency, are highly volatile.

The point of this explanation is that before you invest in Bitcoin, you must have the understanding that Bitcoin is volatile, which means risky. With certain assets and funds, you can be relatively sure that the money you invest is relatively safe. Some people choose those less volatile options because they may need the capital they invest at a later date. This type of mindset is not recommended with a volatile investment like Bitcoin.

Do Not Invest More than You Can Afford to Lose!

Bitcoin – and the entire cryptocurrency market, in general – is extremely speculative in nature at this moment in time. Some assets – like precious metals or gold, for example – have established and agreed upon value. For this reason, prices of these types of assets may rise or fall, but they will do so in a relatively fixed range. People have the general sentiment that gold or a condo in California will always have value above a certain price.

Bitcoin is fundamentally different. Some people think 1 Bitcoin will be worth $100,000 by the end of the year. Other people think Bitcoin is more or less worthless and will eventually crash entirely. Bitcoin’s price now effectively reflects the aggregate and average of all of the total sentiments. Depending on what types of headlines come out and how cryptocurrency shapes up technologically, it may shoot up higher than we’ve ever seen – or it might not.

Even if Bitcoin does end up achieving new all time highs far greater than it already has, nobody can guess when that will be. The crypto market has already seen a number of long “winters,” during which prices have plummeted and stayed relatively low for many months. Some believe we’re currently in one of those winters.

Because of this high degree of uncertainty, any money you invest in Bitcoin should be seen as an educated risk, at best. Let’s say you’re considering buying $10,000 worth of Bitcoin today. Would you be OK if you lost that $10,000 entirely? If the answer is, “No,” then you shouldn’t be investing that much.

If you’re buying Bitcoin with the plan to hold it for the foreseeable future, then you may be able to skip this consideration. Many people, however, buy Bitcoin with the hope of making profits by selling it at a higher price. After all, this is the whole point of the investing strategy, “Buy low. Sell High.”

When you talk to many people who have held Bitcoin for a longer period of time, you’ll invariably hear some of them say, “I wish I sold it at $60,000!” These people may not have carefully considered their plans when they bought and held Bitcoin in the first place.

The truth is that when prices are soaring and market sentiment is overwhelmingly positive, it becomes extremely hard to sell an investment that is rising in value. During the last crypto bull market, the general public seemed to think that Bitcoin’s price would never stop climbing. In the end, of course, it did.

This is why it’s wise to have a plan in place for any investment. Again, if you’re just planning to hold for a longer period of time, you may not have to think about this – but it’s still probably a good idea.

Ultimately, the question is, “Why are you buying Bitcoin?” Some people may be buying Bitcoin because they see it as a superior currency to others and they’re looking towards long term adoption. Many others, though, are looking to profit from buying low and selling high. If that’s you, have a price in your mind at which you want to sell Bitcoin. When it reaches that price, you can sell and be proud of sticking to that plan. It’s when people do not plan accordingly that they get caught in the trap of FOMO, which is Fear of Missing Out.

3. Is Dollar Cost Averaging right for you?

While many individuals decide to buy cryptocurrencies with lump sums of money all at once, there is an intelligent alternative that you might consider: Dollar Cost Averaging (DCA for short).

Dollar Cost Averaging is a method of investing with which you buy smaller chunks at regular intervals instead of all at once. Say you want to invest $5,000, for example. If you decide to DCA, you might decide to buy $500 of Bitcoin once a week for the next ten weeks.

Dollar Cost Averaging is especially wise with investments that are highly volatile. Think of it like this: Because of the fact that Bitcoin may begin rising or falling dramatically at any time, it’s impossible to be sure whether or not its current price is the best buy. It might drop another significant percentage at any time. By Dollar Cost Averaging, you give yourself the best chances of benefitting from further drops in Bitcoin’s price as well as decreasing your risk at any given buying point.

This method represents a step away from the “gambling” mindset many people have in crypto trading and towards the long-term investment mindset. The simple fact that DCAing means buying in a slower and more methodical way means that it may prevent some of the mistakes that result from emotional, impulse purchases, for example.

4. How will you store your Bitcoin?

Before you even buy cryptocurrency, it’s prudent to learn a bit about the different types of wallets that are available and choose the right one for your specific situation.

Many people decide to leave their Bitcoin on the default wallet of the exchange they use to buy and sell. This may be perfectly fine, but you do run certain risks by choosing this default option. There have been many instances that have seen individuals lose huge sums of money due to things like:

The type of wallet that’s best for you will depend on several factors, including:

Regardless of what type of wallet you end up deciding suits your needs, it’s smart to do some research and at least understand your options.

5. Investing in Bitcoin may have tax implications.

Let’s say your Bitcoin investment goes perfectly according to plan. You buy today, Bitcoin hits your target sell price in three months, then you sell. That’s all profit, right? Maybe not.

Too many people have suffered the consequences of not understanding that profits from cryptocurrency trading are often taxable, depending on your location.

Before you buy Bitcoin, make sure you understand the tax implications of your investment. Be sure to research the tax guidelines of your specific location and have a plan in place. And later on, if you have made some big Bitcoin profits, know that consulting an attorney or CPA with experience in cryptocurrency is always a good option.

New York BitLicense - What is ..