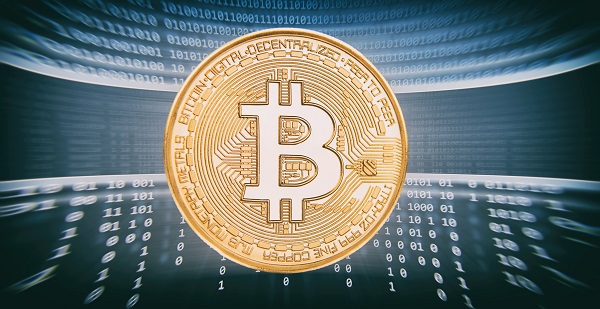 Since its beginning, cryptocurrency has been discussed as a technology with potential to change the world. For years, many have touted Bitcoin and other cryptos as “the future of money.” The operative word regarding cryptocurrency’s widespread adoption and true utility, however, has always been “future.” Now, though, largely as a result of inflating currencies around the world, the future may finally be here.

The Gemini Report Everyone is Talking About

Gemini, one of the leading cryptocurrency exchanges, published a report in April entitled the 2022 Global State of Crypto. The report was written using results from surveys conducted in various countries with responses from nearly thirty thousand people.

As the name of the report suggests, its scope is wide; issues like race, gender, and education – and how they impact attitudes towards cryptocurrency – are all discussed within Gemini’s 2022 Global State of Crypto. One topic in particular, however, seems to have stolen more headlines in the crypto community than any other:inflation as a driver for crypto adoption.

Before we continue with more specific data about which countries seem to be adopting crypto as a result of inflating national currencies, we must first discuss a caveat: The 2022 Global State of Crypto report, which informs this section, was not a fully worldwide survey.

While Gemini did well to include participants in a variety of regions and countries, many were left out. For the purposes of contextualizing the topics we’ll explore deeper, here is the list of countries that were surveyed for the report and the numbers of individuals surveyed from each country:

With the caveat of the fact that many countries have been excluded from this discussion out of the way, we can delve deeper into the main point of this article, which is one of the more powerful points of the 2022 Global State of Crypto report: inflation catalyzing cryptocurrency adoption.

In the Top Findings section of Gemini’s report, the discussion of inflation as a driver of adoption was summarized as follows:

“Respondents in countries that have experienced 50% or more devaluation of their currency against the USD over the last 10 years were more than 5 times as likely to say they plan to purchase crypto in the coming year than those in countries that have experienced less than 50% currency devaluation, including South Africa (32%), Mexico (32%), India (40%), and Brazil (45%). In Brazil, where the local currency has been devalued by more than 200% against the USD, 41% of respondents own crypto.

In the US, two in five (40%) crypto owners see crypto as a hedge against inflation.”

“Crypto is the Future of Money”

The sentiment mentioned in the introduction of this article, that cryptocurrency is touted by many to be “the future of money,” is so ubiquitous and intriguing that Gemini included it as a part of their surveys. In the 2022 Global State of Crypto, the sentiment is reflected as percentages of populations in countries surveyed. For example, 23% of United States respondents agreed with the sentiment that “crypto is the future of money” while only 12% of respondents in Denmark agreed with the same notion.

Perhaps unsurprisingly, the sentiment of crypto being the future of money was more widely held in countries that are more greatly affected by inflation. In fact, the four countries mentioned in the top finding regarding inflation driving adoption showed a great deal of belief in crypto. Following, those four countries with significant inflation issues are shown with the percentage of respondents from those countries that agreed with the statement, “crypto is the future of money”:

These statistics are quite profound as an indicator of popular beliefs regarding crypto. In each of the countries above – as well as several others – over half of the respondents surveyed believe that crypto will eventually replace traditional currencies!

How Crypto Acts as Protection from Inflation

The fact that cryptocurrency is seen as protection or as a “hedge” against inflation may seem ironic. After all, cryptocurrencies have historically been some of the most volatile assets the world has ever seen. Consequently, it would seem natural to view cryptocurrency as anything but a “safe” place to put capital. At the same time, however, it’s obvious that individuals all across the world do see the value in cryptocurrency as safety compared to the dangers of other inflating currencies.

To illustrate the way in which cryptocurrency could greatly assist people in a country that experiences dramatic inflation, we can look at some cases of “hyperinflation” throughout history.

Hyperinflation is defined as “the rapid, massive, and unmanageable increase in prices,” often judged by the benchmark of 50% inflation in prices per month.

In more recent times, Zimbabwe experienced hyperinflation in 2008 when prices of normal goods raised 98% every day. As a result, normal daily necessities became prohibitively expensive and many Zimbabweans crossed borders into neighboring countries to buy things.

When currencies undergo hyperinflation, they become essentially worthless in a very short period of time. Usually, a new form of value must then take the place of the hyperinflated currency. Imagine, though, if cryptocurrency were widely used in Hungary or Zimbabwe during their periods of hyperinflation. Holders of crypto would have had an alternative currency with which to buy and sell goods.

The same is true during periods of inflation that isn’t extreme enough to constitute “hyperinflation.” While (as we acknowledged earlier) cryptocurrency prices are often far from stable, they may become more stable or reliable than currencies that are becoming less and less valuable due to inflation.

While many respondents to Gemini’s surveys disagreed with the idea that cryptocurrency is the “future of money,” two countries have already made the idea a reality.

It must be acknowledged, of course, that both El Salvador and the Central African Republic’s adoptions of Bitcoin as their official currencies are extremely new events; it is far too early to consider either case a success or a failure. Regardless of the outcomes, though, it is becoming impossible to argue against the utility of cryptocurrency.

Throughout this entire discussion of cryptocurrency acting as a safeguard against inflation and even becoming the preferred currency in some places, you may have noticed the proverbial “elephant in the room.” As of June 2022, Bitcoin has fallen over 60% from its all time high; other cryptocurrencies haven’t fared much better.

While many believe that this current crypto crash can be explained by poor economic conditions worldwide, there has also been a pervasive loss of confidence in digital currencies, in general. With this in mind, it might feel irresponsible to extoll the virtues of adopting an asset that is going through a rough patch, to put it mildly.

With regard to crypto’s recent significant decline in prices, however, two critical considerations must be kept in mind:

Is this current crypto crash concerning? Of course. But it’s happened before. Over the course of several busts and booms, cryptocurrency has shown a resilience that many did not expect. It does seem that crypto is here to stay. Moreover, sentiments from people throughout the world appear to indicate that crypto will not only stay, but grow.