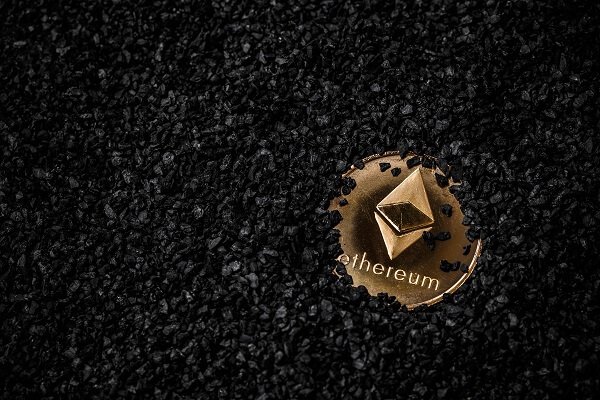 Ethereum’s long-awaited Merge is set to occur this month. Ethereum’s official website reports that “the client developers are currently working to a soft deadline of 19th September 2022,” while acknowledging that it may take longer. Regardless, the Merge is coming soon.

Calling Ethereum’s Merge a major event in the cryptocurrency world might be an understatement. Ethereum is the second largest cryptocurrency and the Merge will be an unprecedented shift from one consensus mechanism to another. The entire cryptocurrency community is waiting and watching.

The Merge is a divisive issue that has camps of people arguing over whether it is a positive or negative change for Ethereum. Some argue that switching from Proof of Work to Proof of Stake is a step in the wrong direction that cannot lead to growth. Others retort that Ethereum’s monumental update will see a radical improvement to the cryptocurrency’s sustainability.

While huge numbers of individuals do, indeed, care about the future of Ethereum, it’s quite likely that there are even greater numbers primarily interested in the price action of ETH. Will the upcoming Merge see ETH shoot up in value, meaning it’s time to buy now? Or is there enough negativity surrounding the Merge that we can expect ETH to plummet? Is it time to buy ETH? Or sell?

What is the Merge? Why is it Happening?

In order to understand the Merge’s potential implications for ETH’s price, we should first cover what the Merge is and why it’s happening. For a succinct and effective explanation, we need look no further than Ethereum’s official website:

“The Merge represents the joining of the existing execution layer of Ethereum (the Mainnet we use today) with its new proof-of-stake consensus layer, the Beacon Chain. It eliminates the need for energy-intensive mining and instead secures the network using staked ETH. A truly exciting step in realizing the Ethereum vision – more scalability, security, and sustainability.”

While more esoteric phrases like “execution layer,” “Mainnet,” and “Beacon Chain,” are important for those that want to familiarize themselves with the nuts and bolts of The Merge, the critical idea to absorb is that Ethereum is (essentially) changing its consensus mechanism.

Perhaps the biggest reason that the Merge is extremely optimistic for Ethereum’s future is that it will drastically reduce the cryptocurrency’s electricity usage, waste, and carbon footprint. In fact, it is estimated that Ethereum’s energy consumption will fall by approximately 99.95% following a successful Merge.

The reason for this dramatic improvement in sustainability is that Proof of Work is reportedly quite bad for the environment. Cryptocurrencies that rely on Proof of Work incentivize “miners” to validate transactions in return for rewards. The problem is that the process of mining involves solving complex mathematical puzzles with expensive hardware, requiring huge amounts of electricity. As a result, there’s hardware waste and enormous energy usage. One source famously found that Ethereum’s power consumption is comparable to that of the entire country of Chile.

Proof of Stake is entirely different. Rather than utilizing “mining” for the purposes of validation and security, networks that utilize Proof of Stake employ “staking,” meaning that individuals can “stake” their coins in order to participate in validating transactions and earn staking rewards in return.

While improved sustainability is an obvious benefit for Proof of Stake over Proof of Work, there are many who remain unconvinced that the Merge is a good thing for Ethereum – or cryptocurrency, in general.

If you’ve done any amount of research into cryptocurrency and why many believe that it’s a revolutionary technology, you’ve come across the word, “decentralization.”

When people compare cryptocurrency to traditional currencies, one of the first themes that comes up is control. Who has control over a currency?

Traditional currencies are considered “centralized” because they are essentially controlled by extremely small groups of authorities. As a result, all of the important factors that determine the way a currency works can be changed at any time and its end users have little or no say.

This is also why many are not so excited about Ethereum’s Merge.

One of the key differences between mining and staking is that mining requires “work,” hence Proof of “Work.” The work that occurs during mining is the solving of complex mathematical puzzles, as explained above. Staking, on the other hand, does not require work, but the investment of resources.

In Ethereum’s case, the resource needed to act as “stakers” or “nodes” is ETH. Larger amounts of staked ETH lead to larger chances of validating transactions meaning that, potentially, small groups of entities holding majority amounts of ETH may end up with disproportionate control. Disproportionate control in the hands of the few would, by definition, resemble centralization.

As a result, many detractors of Proof of Stake have argued that the consensus mechanism is flawed and will always lead to problems. Perhaps most notably, these detractors have said that in cryptocurrency, Proof of Work “is the only way to prevent corruption.”

This debate is far from settled and the future performance of Ethereum post-Merge may end up being the most potent fodder for either side, depending on what happens.

While people may not agree on whether or not the Merge will cause Ethereum to be centralized, there seems to be greater consensus about what Proof of Stake will do to ETH as a currency. Most importantly, it appears that ETH will “likely become the largest deflationary currency.”

As discussed earlier, miners are rewarded for validating transactions in Proof of Work systems. Stakers are rewarded in Proof of Stake systems, as well, but it seems to be the case that ETH issued as rewards will drop significantly post-Merge, even up to 90%

You may or may not be aware that a certain percentage of the transaction fees that occur on Ethereum’s network are “burned.” When fees are burned, they’re removed from circulation, causing the total circulating supply of a currency to decrease.

Put simply, the total supply of ETH increases when rewards are issued and decreases when transaction fees are burned. Post-Merge, as a result of significantly decreased amounts of ETH being issued for rewards, there will be more ETH removed from circulating supply than there is ETH being added to the circulating supply. The result will be a steadily falling total supply of ETH. Less supply should, theoretically, lead to increased value per ETH.

Individuals that were interested in being the first stakers on Ethereum post-Merge voluntarily locked up their ETH. In fact, approximately 13 million ETH is currently locked up. What does “locked up” mean, exactly?

The individuals that voluntarily locked up their ETH cannot currently access it. This means that, unlike all of the other ETH belonging to individuals, these 13 million locked up ETH cannot be sold.

The question that has many people feeling a bit pessimistic about ETH’s price is, “Once these individuals have access to their ETH, will they sell it?” A huge sell-off of ETH could, of course, lead to large drops in price.

Which Indicators Are Most Convincing?

Buying or selling any asset is essentially betting for or against it. More precisely, it is betting on its value being higher or lower than its price reflects at a moment in time. The truth is that the factors that go into the price of any cryptocurrency – ETH included – are so numerous, varied, and complex that nobody can say with any certainty whether the numbers will go up or down.

If you are interested in betting for or against ETH at this moment, though, you might ask yourself, “Which of the above indicators are the most convincing?”

The 3 Biggest Hacks in the His..

Crypto Hacks: How They Happen ..