Ethereum’s Upcoming Merge: What it is and How it Could Shake the Industry 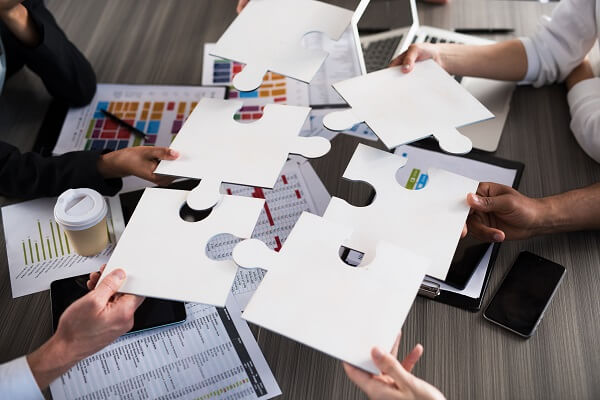 Ethereum, the second largest cryptocurrency in terms of market cap, is set to undergo an unprecedented and monumental change. The “Merge,” which plans to have Ethereum’s network switch from its current proof of work (PoW) consensus mechanism to its planned proof of stake (PoS) consensus mechanism has been anticipated for years; if all goes to plan, the wait may soon be over. Ethereum’s official website states that the Merge will occur before the end of 2022.

Like many other topics in the crypto space, Ethereum’s Merge is both complicated and controversial. Changing from PoW to PoS has several key benefits, but not everybody is convinced that the Merge is a good thing for Ethereum – or even that it will be successful. Regardless of whether the outcome of the merge for Ethereum is positive or negative, however, the event will have huge effects on the crypto space.

In this article, we’ll dissect Ethereum’s planned Merge from several different angles. We’ll cover the Merge’s benefits, how it will (hopefully) be accomplished, and how it could shake the entire cryptocurrency industry. First, though, we’ll set the stage by understanding the Merge in simpler terms.

What is the Ethereum Merge?

In the introduction of this article, we stated that Ethereum’s Merge is a planned transition from one consensus mechanism to another. Unless you’ve already got a solid foundation of background knowledge in cryptocurrency, though, that jargon might be meaningless. So, let’s start with consensus mechanisms.

Decentralization in currency and finance is exciting because it represents a revolutionary shift that brings transparency to inner workings and autonomy for its users – two things that are severely lacking when we look at traditional institutions (i.e banks). Decentralization also brings with it new difficulties. One of the most important difficulties is consensus regarding transactions. It’s easy for a centralized authority to keep track of all deposits and withdrawals; it’s much more complicated to do the same thing when records of all transactions are distributed across all users. Cryptocurrency has found a solution for this dilemma, though: consensus mechanisms.

Proof of Work (PoW) vs. Proof of Stake (PoS)

Both PoW and PoS are consensus mechanisms that function to ensure the integrity of blockchains by verifying transactions and preventing things like fraud and hacking. Proof of work accomplishes this goal through the utilization of miners, who solve complex mathematical problems. Proof of stake, on the other hand, utilizes “nodes” which are bought by individuals or groups to “stake” their digital currencies.

Why Would Ethereum Switch to Proof of Stake?

Ethereum’s official website describes the Merge (the network’s switch from its current reliance on proof of work to its planned utilization of proof of stake) as “a truly exciting step in realizing the Ethereum vision – more scalability, security, and sustainability.” But why is leaving proof of work behind so exciting?

The main problem with proof of work is its enormous energy requirements. Miners, using their hardware to assist in verifying blockchain transactions, consume tremendous amounts of electricity in the process. Concerns over this have been growing over the years, especially since some reports have come out, revealing just how much energy is used by cryptocurrencies that employ proof of work.

The most recent estimates of Ethereum’s electrical energy consumption show that the network uses as much energy as the entire city of Hong Kong! The same source shows that Ethereum’s carbon footprint is comparable to that of Mongolia’s. These figures – Ethereum’s electrical energy consumption and carbon footprint – may be even more concerning when we consider that they actually represent huge drop offs from Ethereum’s peak, when it was consuming more than twice as much energy.

Ethereum’s Merge, which hopes to see the network permanently replace its current proof of work mechanism with proof of stake, should result in a decrease of electrical energy requirements of over 99%. As a result, the cryptocurrency will be dramatically more environmentally friendly. Additionally, this drastic drop off of electricity needs will allow the cryptocurrency to grow without concerns of increasing its carbon footprint and becoming even more expensive – both for individuals and for our planet.

How Will Ethereum Accomplish its Merge?

The Merge is a long process that is already well underway. To truly understand the Merge, it’s critical to know about the “Beacon Chain.”

What is the Beacon Chain?

The Beacon Chain functions as an additional “layer” of the Ethereum network, meaning that it does not replace the underlying mechanics of Ethereum’s blockchain. Instead, it introduces a vital component: proof of stake capability.

First deployed on December 1, 2020, the Beacon Chain allows Ethereum users to “stake” Ether, which means locking up their digital currency for a period of time in order to act as validation nodes and earn rewards in the process. As you might recall from our earlier section, Consensus Mechanisms 101, it is precisely this process by which proof of stake functions.

How Could Ethereum’s Merge Impact Cryptocurrency as a Whole?

The electrical energy consumption problem of proof of work that we discussed earlier is one of the largest issues facing cryptocurrency today. In fact, a number of countries have already banned cryptocurrency mining (participating in proof of work consensus mechanisms) altogether.

While regulations and bans are nothing new to the crypto space, the pessimistic perception and resultant legislative action toward mining and its astronomical energy demands are less dismissible than most. Many regulations and prohibitions on cryptocurrency appear to be more conservative in nature and are thus easily perceived as nuisances that will inevitably be overcome rather than real concerns. For example, there is a widespread notion among the cryptocurrency community that many countries and governments want to regulate digital currency merely because they see it as a threat. The environmental issues that mining creates, on the other hand, are more universally obvious as a severe problem that must be dealt with.

Because the notion that proof of stake’s mining has a potentially disastrous impact on the environment is something that most can agree upon, Ethereum’s Merge and utilization of proof of stake – if successful – represents a tremendous step forward for the entire cryptocurrency industry. In addition to reducing cryptocurrency’s carbon footprint considerably, Ethereum’s Merge will show the world that developers in the cryptocurrency space care about its sustainability and that they are capable of solving huge problems.

How Will Ethereum’s Merge Impact Prices?

This is the billion, if not trillion, dollar question. While people are excited and optimistic about Ethereum using less energy and becoming more scalable, greater numbers are probably more interested from investing and speculative perspectives. Indeed, people throughout the crypto space are attempting to predict what effect Ethereum’s Merge will have on crypto prices.

You may have noticed careful language like “hopefully” and “if successful” peppered throughout this article regarding the Merge. At this point, it should be fully acknowledged that the success of Ethereum’s Merge is far from guaranteed. Switching from one consensus mechanism to another is an incredibly complicated undertaking. The fact that it’s already taken Ethereum’s developers years of work and is still not completed should say a lot about just how difficult it is.

Indeed, the chances of the Merge’s failure may be built into Ether’s price at this moment. Many believe that this means that a successful Merge will see significant gains in the price of Ether. In addition to a positive outcome for Ethereum’s most notable upgrade to date, a seamless transition to proof of stake will purportedly have excellent long-term advantages for Ethereum as a network.

There are also those who believe Ether’s price will decrease after the Merge. Some of the logic contributing to this viewpoint is contained in the old investment adage, “Buy the rumor, sell the news.” Proponents of this theory would argue that excitement regarding the Merge has already inflated Ether’s price and that it should drop after the transition is completed.

Of course, there is no way for anyone to know with any certainty what will actually happen to Ether’s price following the Merge. At this point, all we have are guesses. Regardless of what the Merge does to prices, though, its success could mean big things for the future of Ethereum and the future of cryptocurrency, in general.