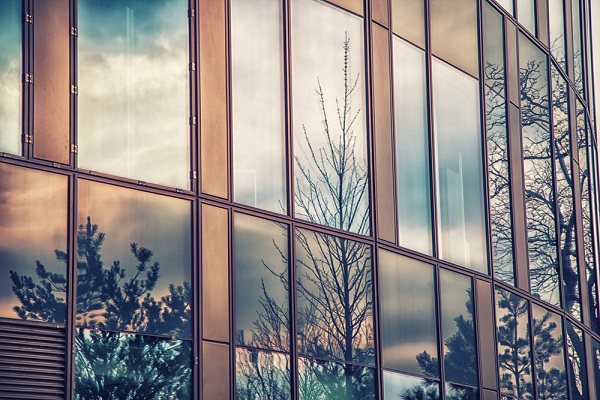 The short history of cryptocurrency is filled with stories of explosive gains and tragic losses. Now, with blockchain technology and digital currencies earning mainstream attention and interest, increasing numbers of people are learning of those gains and losses – and flocking to the space. Newcomers to cryptocurrency will find no shortage of investment opportunities. And those with a tolerance for risk and thirst for profits may find ICOs to be particularly interesting.

The truth about ICOs is that they have made many people very rich, very quickly. Many ICOs have been successful and mutually beneficial for both the projects launching them and the investors participating in them. ICO success is far from guaranteed, however; some estimates suggest that roughly 90% of ICOs fail and a large percentage of them have been scams. As a result, ICO lawyers may be worthwhile investments for parties on both sides.

A good ICO lawyer brings knowledge and experience with value that may far outweigh any of the costs involved in hiring them. If you are thinking of hiring an ICO lawyer, though, there are 4 important things you should consider first. This article will list and explain each of them. First, however, let’s explore the ins and outs of ICOs to lay down a foundation of understanding.

ICOs (Initial Coin Offerings) are online events held by emerging cryptocurrency projects for the purpose of raising funds. During these events, the general public is invited to purchase a project’s first tokens for cash (or units of other cryptocurrencies). Of course, ICOs can be likened to IPOs (Initial Public Offerings) which are similar events in the corporate finance world during which company’s sell shares of their ventures to investors. From this viewpoint, ICOs are the IPOs of the crypto world.

As we’ve seen, nearly any new cryptocurrency project has the chance of skyrocketing in price based on its perceived utility or just pure speculation. For this reason, ICOs have excited investors since their inception in 2013. The general perception is that while established cryptocurrencies – like Bitcoin and Ethereum, for example – may still be capable of large price jumps, newer cryptocurrencies (or “altcoins”) have even more room to grow.

A Quick History of ICOs

From the beginning, well marketed ICOs have been able to raise a lot of money. As hopeful cryptocurrency projects and intrigued investors began seeing the success of early ICOs, momentum grew and ICOs sprang up continuously. Although it is difficult to get an exact figure on how many ICOs have occurred to date, one source states that the period between 2016 and 2019 saw over 7,400 ICOs!

Here’s a brief list of some notable ICOs, starting with the very first one in 2013:

Although this list is obviously extremely limited, it features a couple of interesting takeaways:

While 2017 marked a huge increase in both the number of Initial Coin Offerings and the amount of money that flowed into them, it also marked a time of controversy. As mentioned at the beginning of this article, an overwhelming majority of ICOs have resulted in financial losses for investors and many of them have ended in completely failed projects.

It must be said that failure is normal and even expected for some percentage of projects – or any business or venture for that matter. Failed projects that represented legitimate efforts that simply didn’t succeed do not merit controversy. There were many projects that launched ICOs, however, that were not legitimate efforts. They were launched by “bad actors.”

Cryptocurrency has seen its share of dishonesty, deception, crime, and scams since its inception. The amount of such behavior, however, ramped up significantly when ICOs became commonplace. A big driver was public interest. The excitement (and greed) that drew people into ICOs has also led to relatively uninformed investment which attracted bad actors. From Yahoo Finance, here’s a brief list of notable ICO scams:

These bad actors were motivated and enabled by the lack of regulation in the ICO space.

When contrasted with STOs (Security Token Offerings) which are becoming more popular, ICOs are totally unregulated. Actually, STOs have emerged and gained momentum largely as a safer and regulated alternative to ICOs. While projects that launch STOs have to take certain steps to guarantee their promises and comply with certain regulations, ICOs do not.

Historically, immoral projects have published blatant lies about their technology and future plans with the sole goal of fraudulently raising money from investors and then fleeing. Although this is oversimplified in many cases, this scenario has played out for many ICOs, leading many in the crypto space to call out for the very thing which crypto shunned in the first place: regulation.

4 Things to Consider Before Hiring an ICO Lawyer

Now that we’ve covered the basics of ICOs and how they’ve become so controversial, it should be clear why ICO lawyers can be so valuable in a variety of circumstances. In this section, we’ll cover the 4 things you should consider before hiring an ICO lawyer.

Are you seeking an ICO lawyer for an issue that may be on the horizon – a query, in other words? Or are you looking to secure the services of an ICO lawyer because an issue has already arisen?

The urgency and severity of your concerns should dictate both the swiftness of your actions in hiring an ICO lawyer and the investment you’re willing to make. If you’re asking a simple question, for example, a quick consultancy with a general ICO lawyer may be sufficient.

If, on the other hand, you’re already involved in a dispute of some sort, you’ll want to spend extra resources finding the perfect professional for the job. Especially in the latter case, you’ll want to pay specific attention to an ICO lawyer’s niche – which leads us to consideration #2.

While there are general ICO lawyers that have knowledge and experience in all subjects relating to ICOs, it usually makes sense to be more specific. So before you go about hiring an ICO lawyer, ask yourself, “Is my question pertaining to one specific area of ICOs?” Here are a host of ICO-related concerns to help you in your search:

If you’re able to narrow down your concern to something specific (like in the above list), you can perform narrower searches for ICO lawyers. If you’re not able to find someone who specializes in the exact area you’re looking for, be sure to ask each individual you talk to about their experience and how it pertains to your exact issue. Speaking of experience, that’s consideration #3.

It’s usually the case that the more experience an ICO lawyer has, the greater fees they can demand from customers. Take this into consideration before making a decision and ask yourself what degree of relevant experience is appropriate for your concern. Just as with consideration #1, the lawyer you select should depend largely on the seriousness of your specific situation.

For example, if you have a simple question about ICOs that you can’t get a clear answer on from your personal research, you might want to reach out to an ICO lawyer. And if this question is relatively consequence-free, you might not feel the need to hire the most experienced and most expensive lawyer.

On the other hand, if you have litigation brewing that could lead to heavy financial losses (or worse!), then you’ll want to be sure you secure the absolute best and most experienced ICO lawyer available, regardless of cost.

Again, this consideration begs the question of your personal situation. If you’re asking a simple question, it might not matter to you how well you get along with the ICO lawyer you hire. Contrast that with a more lengthy and arduous engagement, though, and you can see why the personal disposition of your ICO lawyer could matter quite a bit.

For this reason, especially if you will be working with your chosen ICO lawyer for a longer period of time, be sure that the professional you choose is quick to respond, personable, and considerate.

5 Things to Consider When Crea..