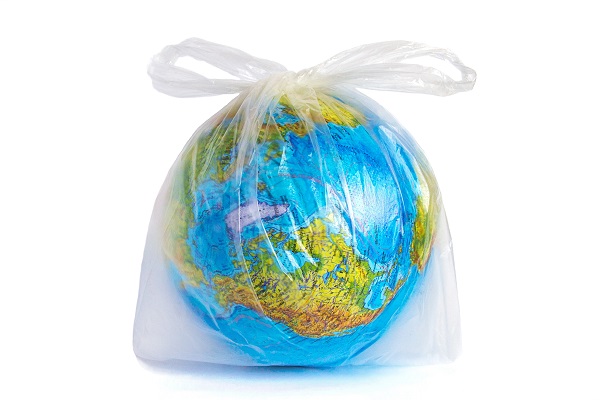 Since its inception, cryptocurrency has been mired in controversy. It seems to be true that people tend to distrust things that they don’t understand. Cryptocurrency lends evidence to this idea; cryptocurrencies are widely misunderstood and widely distrusted.

While lack of understanding may contribute to negativity, many of the reasons underlying public pessimism towards cryptocurrency seem to be based in fact. The unfortunate reality is that blockchain technology and the digital currencies built upon it have been associated with a fair amount of nefarious activity.

Still, though, there are other topics surrounding cryptocurrency that are less clear. One such topic that has been receiving increasing attention and coverage is environmental sustainability. Especially recently, cryptocurrency has been criticized for its effects on the environment. Regulatory steps have even been taken with this in mind. But is this concern justified? Is cryptocurrency environmentally sustainable?

This article intends to explore this issue from a variety of angles. Of course, cryptocurrency’s environmental sustainability – or possible lack thereof – is a complicated topic. Even if we cannot come to a concrete answer to this question, however, we will make great strides toward increasing understanding from different perspectives and sharpening our vision to see what may happen in the near future.

Of all of the factors that contribute to the argument about cryptocurrency’s environmental sustainability, mining is undoubtedly the most significant.

What is Mining and Why is it a Problem?

Mining is the process of using hardware to validate and record transactions on blockchains as well as maintaining network security. Validating and recording transactions involves solving complex mathematical problems. The problem that mining presents with regard to environmental sustainability is that it often requires exorbitant amounts of electricity.

How Much Electricity Does Mining Require?

The amount of electricity used in mining depends on many factors, all of which are influenced by the main factor: which cryptocurrency is the mining occurring on? Each cryptocurrency network (that depends on Proof of Work for its consensus mechanism) uses differing amounts of electricity because of factors including how large the network, how difficult it is to mine (mining difficulty), and how large the mining rewards are. Additionally, these same variables can change over time for any single cryptocurrency, meaning that the amount of electricity used to mine Bitcoin today may not be the same as it was last year, last month, or even yesterday.

For the purposes of providing some hard numbers, however, let’s take a look at the electricity requirements of the two biggest cryptocurrencies: Bitcoin and Ethereum.

Energy Consumption of Bitcoin and Ethereum

Digiconomist is a well-respected source that features long-term and constantly updating looks at the energy consumption of Bitcoin beginning in February 2017 and Ethereum beginning in May 2017. The pages for Bitcoin and Ethereum also provide a number of statistics and facts for different periods of time that compare the cryptocurrencies’ energy consumption to various countries. The following information is informed by Digiconomist and may represent different periods of time.

With figures like these, it’s hardly surprising that the energy consumption of cryptocurrencies has become a big talking point.

The outlook of environmental sustainability for cryptocurrency may not be entirely bleak, however. While Ethereum is currently a huge culprit of energy consumption, that may not be true for much longer.

Ethereum’s Plans to End Mining on its Network

One of the largest topics for discussion in the entire cryptocurrency space at this very moment is Ethereum’s upcoming “Merge,” which hopes to see the cryptocurrency network put an end to its mining.

Ethereum’s official website states that its Merge will occur in either quarter 3 or quarter 4 of 2022. If successful, this event will see Ethereum change its consensus mechanism from Proof of Work to Proof of Stake. The impact of a successful Merge for Ethereum on its environmental sustainability would be monumental. In fact, Ethereum’s website declares that “the Merge will reduce Ethereum’s energy consumption by ~99.95%.”

Ethereum’s upcoming switch from Proof of Work to Proof of Stake – and consequently, the end of its reliance on mining – has many people wondering, “If Ethereum can stop mining, can other cryptocurrencies do the same?”

Why Bitcoin Will Continue Being Mined

Unfortunately, the costs and benefits of both Proof of Work and Proof of Stake are not clearly in favor of either side. While Ethereum’s team has decided that Proof of Stake is the way forward, others in the cryptocurrency space are not so sure. For the most relevant example, we need only look at Bitcoin, a cryptocurrency that is likely to continue utilizing mining for its consensus for the foreseeable future.

Although Proof of Stake is already utilized by a number of major cryptocurrencies and appears to function quite well, many believe that it defeats one of the main purposes of cryptocurrency in the first place: decentralization. Instead of relying on mining, Proof of Stake achieves the goal of consensus through “staking,” which occurs when individuals (and groups) lock up coins or tokens that act as a sort of collateral so that they can be trusted to verify transactions.

The problem with this method of transactions being verified by stakers, according to some, is that it means entities with bigger amounts of resources have more authority. Proof of Work, on the other hand, may be more all-inclusive. According to Bitcoin Magazine, “Bitcoin, by leveraging energy for proving work and nodes to attest the validity of the work, can bring about apolitical money that enables equal participation and treats all users alike.”

Are Statistics About Mining Misleading?

No discussion about concerns regarding mining and its environmental sustainability would be complete without appropriate acknowledgment of refutations, especially from the Bitcoin Policy Institute.

In an attempt to balance the conversation about mining’s environmental impact, the BPI published two documents: one entitled Fact-checking Climate Organizations’ Crypto Letter and the other Key Facts on Bitcoin and the Environment. These two documents offer additional facts, statistics, and corrections that help add context to any alarming figures about Bitcoin’s carbon footprint, energy consumption, and so on.

Some of the more eye-opening tidbits from these documents include:

To the credit of the BPI, both documents appear well-researched and provide important contextual information. The key takeaway, appearing in Key Facts, is as follows:

Bitcoin’s impact on energy economics, grids, and the environment is a complex question that should be analyzed and answered using credible data—resulting in evidence-based policy.

While the environmental sustainability of cryptocurrencies – especially those that utilize Proof of Work consensus mechanisms – remains unclear, one thing that is clear is that some governments and regulatory bodies have already taken an unfavorable view of mining, in particular.

One bill, currently called Assembly Bill A7389C, aims to ban cryptocurrency mining in the state of New York. The bill has already passed the senate and assembly on its way to eventually being signed or vetoed by the Governor of New York State. This attempt to curtail mining in the United States follows full bans on mining in other countries, including Russia, China, Iran, and Egypt.

Today, we find ourselves at an important moment in the history of cryptocurrency. The coming months and years should reveal a great deal about how mining will be dealt with worldwide and whether or not cryptocurrency will be deemed acceptable from the standpoint of environmental sustainability.

Crypto Hacks: How They Happen ..