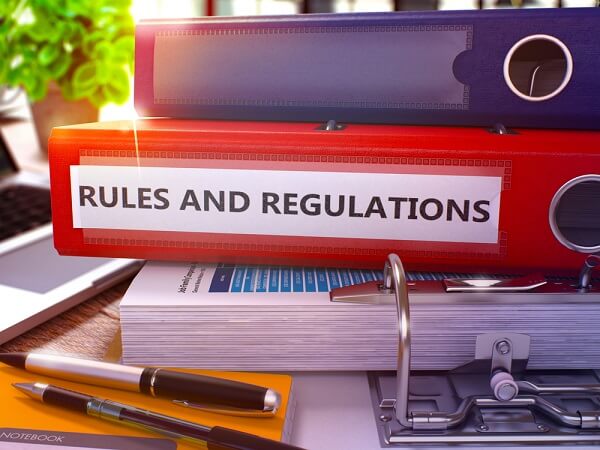 Of all the ways to make money in the crypto space, mining has remained one of the easiest and most reliable. Every day, millions of people use their devices’ hardware (and electricity) to participate in various cryptocurrencies, facilitating transactions and earning digital currency in return. In recent months, however, concerned parties and governments have reacted negatively to this practice and some have even taken actions to ban it.

In this article, we’ll explain why people are concerned about mining and what it might mean for the future of cryptocurrency. Before we dive into those deeper waters, however, let’s jump into the pool first by familiarizing ourselves with cryptocurrency mining.

What is Cryptocurrency Mining?

In order for transactions to occur on blockchains, cryptocurrencies rely on consensus mechanisms that verify and record every instance of currency transfer. Generally speaking, the two main consensus mechanisms used for this process are PoW (Proof of Work) and PoS (Proof of Stake). Cryptocurrencies that utilize proof of work need miners to keep their systems running.

Proof of work, which is accomplished through the solving of complex mathematical problems, acts to prevent and deter hacks, illegitimate recording of transactions, and all other types of malicious attacks.

In a simpler manner of speaking, recording transactions requires crypto miners to find extremely specific numbers or codes that correspond with each new block of specific blockchains.

How to Mine Cryptocurrency

Although cryptocurrency mining involves solving complex mathematical problems, there’s no need for any particular math skills for anyone that wants to try mining. Actually, all you need is a device; even a simple smartphone is strong enough to mine some cryptocurrencies. Other cryptocurrencies require more powerful hardware. In fact, there are three distinct types of mining.

The first step to mining cryptocurrency is to select the crypto you’d like to mine. You might select based on the hardware required to mine, the difficulty of mining, or your personal predictions of the long term success of that crypto. After choosing which cryptocurrency you’ll be mining, all you need to do is follow the directions on that cryptocurrency’s website or app to start mining and create or select a cryptocurrency wallet to which rewards will be deposited.

How Profitable is Cryptocurrency Mining?

The profitability of cryptocurrency mining varies significantly based on four main factors:

The last factor on the above list, electricity costs, is the main factor that has many people worried about the economic and environmental ramifications of cryptocurrency mining.

The Problem with Cryptocurrency Mining

The main problem with cryptocurrency mining that has many people worried about its long term viability is its excessive energy consumption. The problem, outlined simply, is this:

How Much Electricity Does Crypto Mining Require?

Probably more than you’d think! While electricity requirements for crypto networks may vary significantly day to day, month to month, and year to year, most estimates regarding the total amount of electricity used by the Bitcoin network put it well over 100 TWh (terawatt-hours) per year. One study put the number at 121.36 TWh per year, which is more than the entire electricity usage of Argentina!

While Bitcoin is the largest cryptocurrency and requires the most electricity, others are not far behind. One report stated that the second leading cryptocurrency, Ethereum, uses approximately 112 TWh per year.

It can be hard to conceptualize issues when larger numbers and timeframes are used to illustrate points, so let’s zoom in and look at things on a smaller, day-to-day level. Unfortunately, when we do this, the problem may seem even more severe. The same report linked above (for Ethereum’s electricity usage) found that a single transaction on Ethereum’s network had a power consumption equal to an average American household’s power consumption for 9 days!

Especially when we consider that there are now well over 15,000 cryptocurrencies and that many of them use proof of work, we can see that the aggregate electricity usage for the crypto space is absolutely astronomical. Many people worry that this electricity usage is even causing climate change problems. It might be this worry that has led to more discussion about crypto mining regulations.

Over time, groups and governments across the globe have increased their efforts to deter or even ban cryptocurrency mining, often citing environmental impacts as the reason. Already, cryptocurrency mining is entirely forbidden in several countries, including China, Kosovo, Iran, and Kazakhstan.

Recently, NGOs in the United States have been clamoring for similar action. A group of such organizations banded together and implored the United States government to do something about crypto mining, naming a number of serious concerns including “environmental degradation, noise pollution, electricity price hikes, and hogging [of] renewable energy resources.”

Whether or not cryptocurrency mining should be allowed or banned is a constant debate in a number of regions. It must be noted, however, that the outlook is not altogether negative. Earlier this year, the European Parliament’s economic and monetary affairs committee voted on a proposal that would have limited cryptocurrency mining. Unlike other governments that have elected to ban mining, the EU rejected the proposal and has allowed mining to continue for the time being.

The Outlook of Cryptocurrency Mining

As smaller individual battles for the future of mining are waged in each country, the outcome of the greater war against the proof of work consensus mechanism remains unclear. It seems feasible, however, that many governments will review the electricity consumption reports of cryptocurrencies and react unfavorably towards mining. If this trend continues, what does that mean for the future of crypto mining?

Mining (Proof of Work) is Not the Only Option

Ethereum, cited earlier as one of the largest energy hogs, is one cryptocurrency that currently utilizes proof of work but will reportedly transition to proof of stake. This transition is a monumental one and has been discussed for years already. According to Ethereum’s developers, the network should be running on proof of stake by the end of this year; if successful, this change of consensus mechanism should reduce Ethereum’s energy needs by 99.95%!

Ethereum’s transition from proof of work to proof of stake could be revolutionary for the entire crypto space. The entire community, from investors to developers – and those outside the community as well – are anticipating Ethereum’s “merge.” If all goes well, it may represent a way forward for all cryptocurrencies that currently rely on proof of work (and huge energy demands) for their networks.