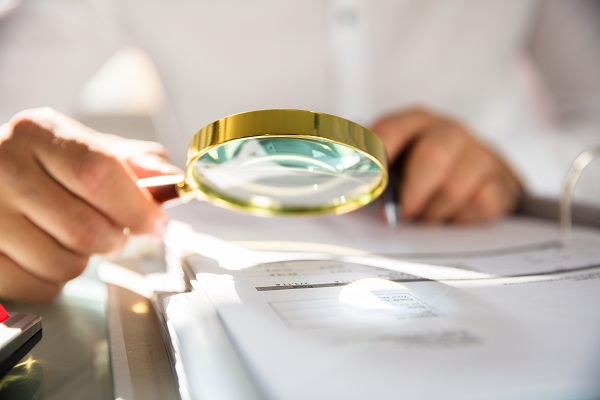 The above quote was spoken by Dr. Ruja Ignatova to a crowd of over 90,000 people at Wembley Stadium in London. In hindsight, this warning of the dangers of investing in cryptocurrency without properly understanding it – coming from the founder of OneCoin – was more than just a bit ironic.

During the period between OneCoin’s inception in 2014 and March of 2017, at least $4 billion was stolen from people who bought into OneCoin. Other estimates place the amount of money stolen much higher – up to over $15 billion. By any account, though, OneCoin is the biggest scam in the history of cryptocurrency.

This article is dedicated to OneCoin. By the end of this piece, we’ll have explained what OneCoin was claimed to be, what it actually was, who was behind it, how it duped people into handing over their money, and all of its drama, which is still unfolding today.

First founded in 2014 in Bulgaria by the companies OneCoin Ltd and OneLife Network Ltd, OneCoin was marketed as the “Bitcoin Killer” by its founder, owner, and face, Dr. Ruja Ignatova. Marketing was the great strength of OneCoin and Ignatova. Ignatova regularly held events during which she spoke about cryptocurrency, OneCoin, and why OneCoin was “the future.” At one event in London in 2016, Ignatova told the crowd:

“OneCoin is easy to use. OneCoin is for everyone. Make payments everywhere, everyone, globally. And this is who we are. Global citizens of a small world, wanting to make a change.”

Millions of people in hundreds of countries were convinced. Huge sums of money were used to purchase OneCoin as well as the company’s various membership packages. Others, however, saw through the facade. In 2015, well before the OneCoin bubble officially burst, CoinTelegraph spoke out against OneCoin. In fact, many people were calling OneCoin a pyramid scheme.

“Pyramid scheme” is a term used to describe businesses that use multi level marketing (MLM) strategies fraudulently. Before we explain how pyramid schemes are identified, though, we need to cover MLM.

Multi level marketing is the practice utilized by businesses that recruit individuals to sell products while compensating them with commissions rather than salaries. Although MLM itself has a fairly negative connotation, it is neither illegal nor always immoral. The main factor that determines whether a business utilizing MLM is legitimate or a pyramid scheme is the value (or lack thereof) of the product being sold.

Some MLMs can and do thrive as legitimate businesses when their primary income streams come through selling products that offer real value. Other MLMs, without a real product, rely on fraudulent promises and make their money primarily by duping members to continue attracting new individuals; these MLMs are referred to as “pyramid schemes.”

In addition to selling its “cryptocurrency,” OneCoin swindled people by selling its “educational materials,” branded as OneAcademy. It was also stated that purchasing a membership for OneAcademy was the only way individuals would be able to mine OneCoin.

A large part of what made OneCoin a pyramid scheme was the explicit encouragement for members and investors to spread their enthusiasm to their friends and families. People who bought into OneCoin often gushed over how rich it was going to make them to others they knew, increasing the reach of OneCoin’s already powerful marketing.

Dr. Ruja Ignatova described enrolling in OneAcademy as analogous to working towards getting a “driver’s license” in cryptocurrency.

OneCoin’s “Educational Materials”
Hindsight has shown that OneAcademy and the promise of educating investors was a total ruse. The entirety of OneCoin’s “educational materials” were leaked at some point and thoroughly analyzed on a popular forum dedicated to identifying and exposing fraudulent MLM businesses. It was found that the materials included videos featuring cryptocurrency experts who weren’t even aware that their content was being used by OneCoin. Additionally, a great deal of the text included in OneAcademy was plagiarized.

In the end, it seems that the education aspect of OneCoin served to promote nonexistent legitimacy. By extolling the virtues of cryptocurrency education and understanding, the idea that OneCoin itself might be totally fraudulent was hidden behind a smokescreen.

When people listened to Ignatova speak about OneCoin and cryptocurrency, in general, they were hearing the words of a woman who received her Bachelor’s Degree from Oxford University, obtained a PhD in private international law, and had done consulting work for big firms, including McKinsley.

Ignatova leveraged her impressive education and experience to convince people that she was both brilliant and legitimate.

… and Not So Dazzling Past

One of the earliest red flags pertaining to OneCoin was the shady past projects participated in by Dr. Ruja Ignatova, herself. In fact, OneCoin was not Ignatova’s first foray into the world of pyramid schemes. In 2012, Ruja Ignatova received a 14 month suspended sentence as a result of a fraud conviction.

Later, in 2013, Ruja Ignatova was associated with another MLM-fueled scam cryptocurrency called BigCoin. Without any real utility, BigCoin failed and the same individuals behind it created BNA. Like BigCoin, BNA had no real value and it, too, failed. Looking back now, it appears quite clear that BigCoin and BNA were learning experiences for Ignatova and her associates on the way to creating the ultimate pyramid scheme.

As we’ve already established, the main thing distinguishing more or less legitimate MLMs from pyramid schemes is the existence of a value-offering product. While OneCoin sold “educational materials,” it was clear that almost everyone who bought into OneCoin did so because they were led to believe that the new cryptocurrency was better than Bitcoin and would skyrocket in price.

When the smoke cleared and the truth came out, it became obvious that it was impossible for OneCoin to be a better cryptocurrency than Bitcoin; OneCoin wasn’t even a cryptocurrency.

OneCoin Didn’t Have a Blockchain

Bjorn Bjercke, aka Mr. Bitcoin Norway, has been a well-known blockchain expert since the early days of cryptocurrency. In late 2016, Bjercke was contacted by a representative of OneCoin and offered the position of Chief Technical Officer with an enormous salary.

As Bjercke conversed with the OneCoin representative, he realized that the “cryptocurrency” wasn’t technically a cryptocurrency at all. Bjercke, attempting to explain blockchains and decentralization, was met with confusion from the individual offering him the CTO position. He was told that, actually, one of his first priorities as CTO of OneCoin would be building a blockchain.

While Bjercke’s confirmation of OneCoin’s fraudulent nature was monumental for the crumbling of the company, it was not the first problem OneCoin was faced with. As early as September 2015, OneCoin was criticized by Bulgaria’s Financial Supervision Committee.

Throughout 2016 and 2017, official warnings from regulatory bodies as well as governments of a number of countries continued piling up. Italy was the first country to formally ban OneCoin in December of 2016. That same month, a number of individuals associated with promoting and investing in OneCoin were arrested in China.

By 2019, OneCoin had fallen apart. OneCoin’s headquarters were raided by Bulgarian police. Ruja Ignatova’s brother, Konstantin, pled guilty to fraud and money laundering and was sentenced to 90 years in prison. Konstantin agreed to testify, which led to the indictment of OneCoin attorney, Mark Scott.

An arrest warrant was issued for Ruja Ignatova, herself, by the United States. But she was already gone.

Individuals who purchased OneCoin had been promised that they would be able to sell their OneCoin with an exchange that was “in development.” The exchange never came and there was no way to sell OneCoin. Billions of investors’ funds were lost.

Ruja Ignatova – founder, owner, and face of OneCoin – is currently charged with 8 counts of wire fraud, money laundering, and other crimes related to the OneCoin scam. These charges haven’t resulted in any sentencing, however, because Ruja Ignatova has not been found. Ruja first disappeared in 2017 after her arrest warrant was issued.

Ruja Ignatova is one of the most infamous criminals still “at large” today. In fact, she appears on the FBI’s list of Ten Most Wanted Fugitives and is the main subject of the book, The Missing Cryptoqueen. It is speculated that it’s highly likely that Ruja Ignatov has undergone plastic surgery to assist in her evasion of authorities.

The FBI is offering a reward of $100,000 to anyone who comes forward with information that leads to the capture of Ruja Ignatova.

The 3 Most Popular Types of Sc..

The 4 Most Notorious Crypto Sc..