Smart Contracts – 3 Reasons You May Still Want a Lawyer 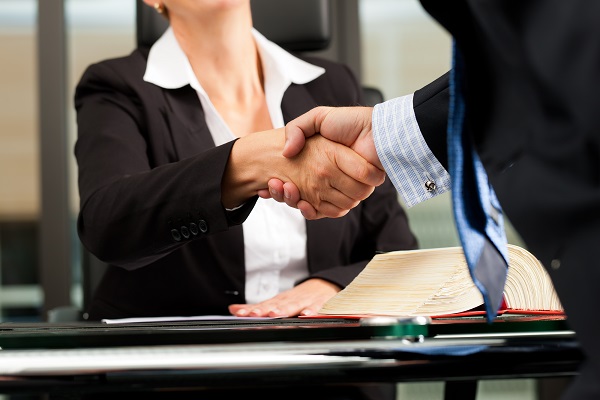 One reason for all of the excitement surrounding blockchains and cryptocurrency, in general, is that these technologies are giving birth to even more innovations. In the same way that electricity made an entirely new class of technology possible, blockchains are giving rise to a number of promising novel ideas. The smart contract is one of these ideas that blockchain enthusiasts are particularly enthralled by.

Smart contracts – which we will explain further shortly – are revolutionary for their ability to facilitate business and deals between parties. If all goes to plan, the idea is that disputes between parties should be resolved more or less automatically and without cause for litigation. Of course, reality is seldom this simple. As a result, it’s quite possible, and perhaps even inevitable, that some people will find the need for smart contract lawyers.

Indeed, there are several reasons people who participate in smart contracts may seek out lawyers. Before we get to those, though, let’s set the stage by getting to know a bit more about smart contracts.

What are Smart Contracts?

The simplest way to think of smart contracts is as electronic processes that automatically execute when their terms are met.

It must be admitted that although smart contracts have leapt forward in complexity thanks to blockchain technology, it’s not altogether accurate to say that they’re new. In fact, the first usage of the term “smart contracts” was by Nick Szabo in the 1990s, when he described a smart contract as “a set of promises, specified in digital form, including protocols within which the parties perform on these promises.”

How are Smart Contracts Evolving Thanks to Crypto?

In the previous section, we acknowledged the history of smart contracts and the truth that they’ve existed before crypto. Generally speaking, however, modern day discussions of smart contracts are almost always in the context of blockchain technology. For a demonstration of this evolution of our perception of smart contracts, we can look to the definition provided in a paper published by the United States Department of Commerce:

With our understanding of how they functioned prior to crypto combined with this updated definition, we can see that blockchain technology has served to enhance the possibilities, efficiencies, and complexities of smart contracts.

Examples of Smart Contracts in the Cryptocurrency Space

Thus far, we’ve explained smart contracts on a simple level, provided a simple example, and then gone into how smart contracts have become more sophisticated with blockchain technology. Naturally, the next step is to solidify our understanding with some practical examples of smart contracts in the crypto space.

3 Reasons You May Need a Lawyer Due to Smart Contracts

Ironically, one of the purported benefits of smart contracts is that they may remove the need for lawyers in many cases. With a firm foundation of understanding of what smart contracts are and how they’re used, however, we can comfortably move on to discuss the real-world reasons for which one may need a smart contract lawyer.

Regardless of smart contracts’ ability to execute automatically when their terms are met, the potential for mistakes, ambiguity, and deception by parties that write and participate in them may be impossible to eradicate. For an extremely simple example of how disputes in smart contracts can arise, let’s revisit the vending machine.

Vending machines operate by a reliable and (mostly) trusted mechanism. This hasn’t removed the potential for disputes, though. Imagine the following two vending machine scenarios:

These examples may not pertain to cryptocurrency, specifically, but they demonstrate the ways in which the self-executing mechanism of a smart contract does not necessarily remove the potential for problems.

Proponents of smart contracts often extol the mechanism with which smart contracts execute automatically when their terms are met. While this may be convenient in many, if not most, cases, it will not always result in perfectly equitable outcomes.

The problem with the automatically executing nature of smart contracts is that the details of deals sometimes change in real-time. It’s not difficult to envision situations in which a deal may be fair and agreeable by both parties on Monday but then be totally unbalanced and unfair on Tuesday. Let’s consider an application in freelancing to drive this point home.

Let’s say freelancer Dave is hired to create a promotional video for Steve. Dave and Steve agree upon a smart contract by which Dave will submit a video and Steve will pay Dave for his efforts. The nature of the smart contract means that it executes once the video is submitted and payment is sent. However, it’s only after the video is submitted that Steve notices some glaring errors and omissions in Dave’s work.

Inherently, smart contracts are irreversible and unchangeable meaning that Steve will have some degree of difficulty resolving his issue with Dave.

The history of cryptocurrency has provided several examples of the shortcomings of blockchains and the code that composes them. Hackers have successfully stolen huge sums of money from exchanges and networks. Unfortunately, there’s no way to guarantee that smart contracts aren’t vulnerable to attacks, as well.

Smart Contracts are Works in Progress

The above three reasons show us that smart contracts may not eliminate the need for lawyers, but instead provide entirely new situations in which we might need them. We can only look towards the future with hopes that innovations in smart contracts will improve them and that we’ll learn to accommodate their shortcomings.

In the meantime, understanding smart contracts, the opportunities they create for disputes, and the reasons why you might still want a lawyer for smart contract resolution will help protect you and your interests.